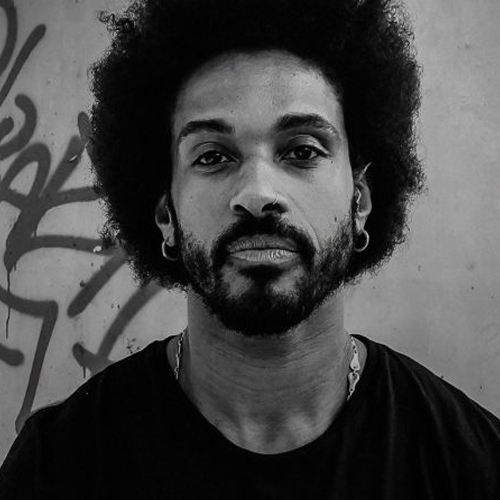 Yaya grows up in Torino, in the resonant Babylon of his home, where the rhythms of his father’s, singer and leading voice of the ensemble M’bamina, drums prophesied a multi-ethnic Italy. During the 70’s the sound of M’bamina spread an exotic afro-beat sound in the smoky clubs of the cold Torino of those days. As a boy Yaya grew up surrounded by the sound of the albums released by one of the pioneer band of afro sound in Italy.Since his teen age, Yaya approaches with the rhythm performing as a drummer around the city. It is when at the age of 17 he purchases a pair of decks, that his blood’s rhythm takes an electronic turmoil driving him to house music: Yaya begins then playing at clubs and parties of the flourished techno-house scene of Turin. At 18, he lands for the first time in the island of music hedonism, Ibiza; his vivacity lead him to play at several afterhours and his musical assertiveness allowed him to be noticed by the entrepreneurs of the white island’s big electronic circus. In the afternoons, Yaya spent hours mixing synths of his hybrid sound, storing up a vast library of tracks.

Hello Yaya, It’s very pleasant to see your interest in our TBX project of such a famous and talented artist. We know that you recently released your debut album called “You Decide” on your own label Tamango Records, and it’s a great moment to ask you a couple of questions regarding your music career.

The very first question: What message did you try to deliver to the audience when you called your album?

Yaya: The album is called ‘You Decide’ because I firmly believe that each one of us is solely responsible for their actions, choices and consequences. All the times of your life, you decide. This album was produced during this past year in different periods and different places: from India to Miami, from Peru to the Maldives, so I hope you can spot where each track takes inspiration from.

Let’s go back to the past for a short while and remember what really pushed you to start your DJ career?

Yaya: As you may know already, my father was a musician and since I was very young he introduced me to this magical world, teaching me how to play the percussions. I’ve started my career as a percussionist in local clubs in Turin and I’ve rapidly felt in love with the house and techno groove, starting my DJ adventure. I think I was like 16 or 17 years old at the time, so I can say that I’ve spent half of my life as a DJ! Time flies!

Collaborations with which artists inspired you to new ideas and played a role in your musical life?

Yaya: I’d like to say Lorenzo Chiabotti. He’s from Turin as well and we’ve been friends for a very long time. I’ve learnt millions of stuff working with him. He uses with Logic as well and he’s always been on a higher level in terms of production skills. We’ve done a lot of tracks together and maybe we’ll do more in the future.

What is one of your favorite vinyl or digital release of this year?

Yaya: Moonlit Vision – Something [Tamango Records 007]. I’ve been playing this track during all this year and also during 2018. It always does the job, such a groovy one!

Which party “brand” made the best impression on you this year with its originality, quality and audience?”

Check out Premiere for track ‘One Way’ from his album!