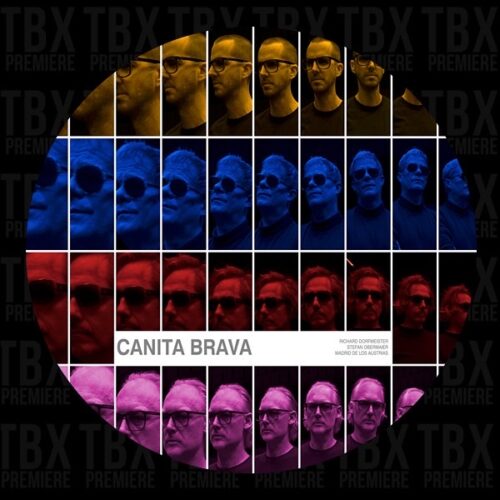 The much acclaimed “Grand Slam“ album was providing remixes and own productions, tightly programmed jams that lifted up countless dancefloors all around the world.

Stefan Obermaier has been continuously working with Richard Dorfmeister in recent years (their “The Exchange“ album has become already a cult underground dance album) – so it was a logical progression to step into the existing team.

The result is “CANITA BRAVA“ featuring four tracks bringing out the party sensibilities they all love.

“Brazil“ is providing heavy electronic grooves with the smoothness of late summer night while “Woman“ is bouncing on the sublime disco moment.

The mixture of smooth soul vocals and deep rhodes chords in “Never be the same“ turns out to be an instant classic only topped by the bit more rougher title track “Canita Brava“.

The delicate combination of dancebeats and organic soul/disco elements is generating an all over positive feel to lift up your senses – very welcome in these rather difficult times.