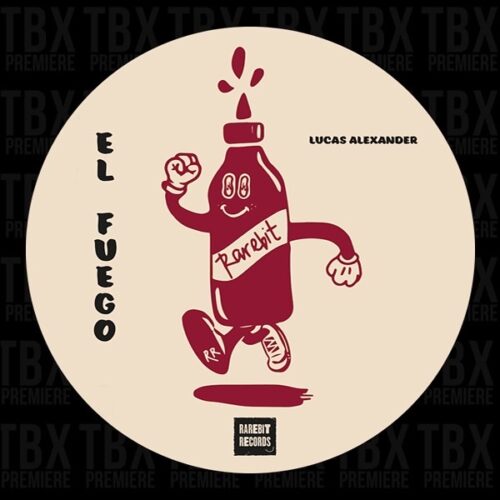 The all-new Rarebit Records debuts with a fantastic first release from founder Lucas Alexander.
Alexander has a rich cultural background that takes in Jamaican heritage and his years growing up in Cardiff. It was there he got into UKG, grime, reggae and jungle and became a mainstay on the Welsh scene at cult parties like Delete, Shangri-La & CYNT. As his profile rose, he headed further afield to hold residencies in Malia, Dubai, Marbella and Ibiza with highlights including a b2b with Richy Ahmed, Michael Bibi, Dennis Ferrer & Josh Butler at a notorious Solid Grooves afters.
With a string of releases on labels such as META, Moxy & Four Thirty Two, 2021 brought a new moniker after previously playing as DJ Pro. Now, the current face of Welsh house music is back with a wealth of fresh new material on his own imprint which will be a home for his own music and a launch pad for local legends in and around the Welsh scene.
Opener ‘El Fuego’ brings the party from the off: it is peak time tech house with sizzling synths and a killer bassline. The drums are big and the groove all-consuming, with subtle vocals and meandering acid lines woven in for extra impact on the dance floor. Next up, Alexander shows a totally different side with ‘Let’s Get Jazzy’, a balmy deep house cut with rubbery drums, smeared chords and muted sax motifs. It’s steamy and romantic for cosy basement parties but with an infectious and stylish groove.
This is a fantastic first EP that shows Alexander has plenty in his locker, and there is already plenty more in the pipeline for Rarebit Records, which is set to give the Welsh Electronic music scene a well-needed resurgence.