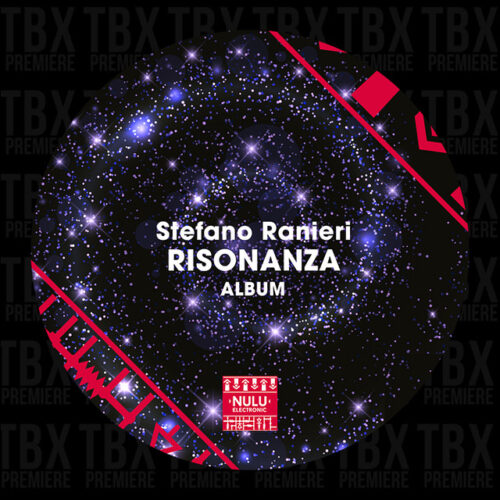 Hailing from Italy, Stefano Ranieri has been producing and releasing music for around 15 years, with a sound very much rooted in – but not confined to – soulful house. Over the years his tracks have been supported by Masters At Work, Anané, Carl Cox, Bob Sinclair and Nic Fanciulli, while his 2018 hit Less Talk was picked up by Defected for their legendary Miami album that year.

Landing 23 July on Nulu Electronic – the label of Anané – Risonanza perfectly reflects Ranieri’s history and the legacy he brings to his art. From the rhythmic acid kiss of 1942 to the laid-back Grace Jones inspired vibe of Saulè, Stefano explores house music in all its myriad forms across 15 distinct tracks.

The only track to be released from the album to date, lead single Black Rain is an urgent deep house cut, with crisp drums, a chunky bassline and snatches of vocals all combining to great effect, before a sidewinding synth comes to prominence in the break.

Black Rain served as the perfect entry point into his diverse, multifarious musical world, which is now fully realised with the release of Risonanza. Cuts like Black Rain sit comfortably alongside the rolling Afro tribalism of Saulè, hypnotic bounce of Your Time Is Up, and thumping, almost techno-leaning stylings of tracks like Koncept One, showing the confidence with which Stefano has approached the album. Every track here provides a lasting musical embrace representative of a body of work that is borne out of a life-long pursuit of producing music that truly touches your soul.

As Nulu Electronic enters its second decade of existence, Stefano Ranieri is an artist that will lead us into a new world of musical experiences that will forever bless the dancefloor.