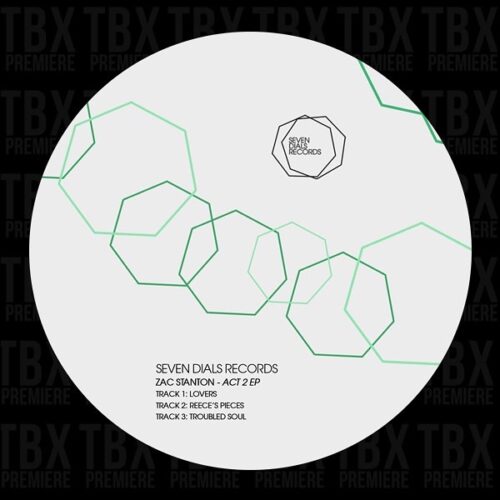 His debut release on the label last year, Out My Head EP, went down a storm with many in the scene getting behind it, from the likes of Soulecta, DJ Caspa through to house artists like Huxley and Groove Armada, with the title track, Out My Head, charting for 2 months on DSPs. Now Stanton returns to Zito’s imprint with another highly impressive EP this time dropping 3 originals.

The first track, Lovers, is a smooth cut of vocal garage, with 2 step beats, hefty bouncing sub bass, steppy synths and a sweet and sexy vocal. Lovers, is definitely one for the dance floor that will attract much attention in the scene.

The second track, Reece’s Pieces, is a more jungle and speed garage affair, which takes its name from the Reece bass which features in a lot of old skool jungle & DnB tracks, and is reminiscent of Julian Jonah’s 187 Lockdown and also Double 99’s sound from the 90’s. This has already seen support from the likes of Instinct (UK) aka Burnski playing it at Fabric, Ingi Visions playing it at Fuse ADE and Infuse London, plus notable plays from Kepler and Fabe.

To round off the EP, Troubled Soul, again features a smooth 2 step break beat drum pattern of garage and jungle essence. With a heavier sub pattern, another excellently worked vocal and atmospheric synths. Troubled Soul dives deeper into Stanton’s sound and finishes off a killer package.

For his second release on Seven Dials Records, Zac Stanton has most definitely not disappointed, with 3 essential underground garage tracks increasing his reputation in the scene more than ever before.