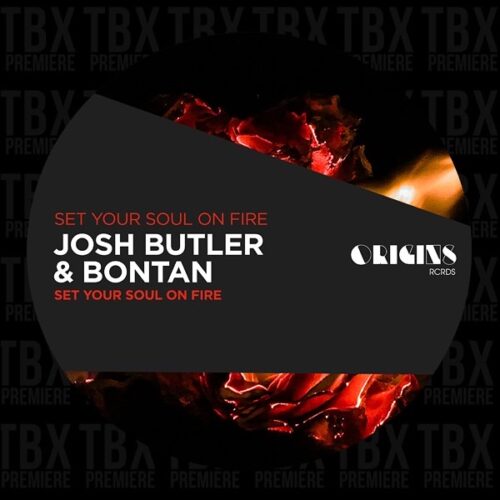 Bringing in serious heat heading towards Spring 2021 Origins Rcrds head honcho Josh Butler joins forces with long time friend and fellow hit maker, Bontan, for their first release together in nearly 4 years to deliver something to Set Your Soul On Fire.

The pair last teamed up together in 2017 and the result was Call You Back, which dropped on Origins and went on to become one of Beatports biggest ever selling tracks. Since then both producers have released a never ending supply of dance floor weapons on label such as Rejected, 8Bit, Hot Creations, Crosstown Rebels, and Circus Recordings, Club Bad, with Josh remixing or collaborating with the likes of music luminaries like Carl Cox, Beverly Knight and Robert Owens, whilst similarly Bontan has gone on remixing and working with Groove Armada, Serge Devant, and Yousef.

Set Your Soul On Fire, is a percussive monster with touches of tech, a well worked vocal hook and insane groove. This is more than an essential release, as once again Josh Butler & Bontan team up creating a sure fire 2021 anthem.