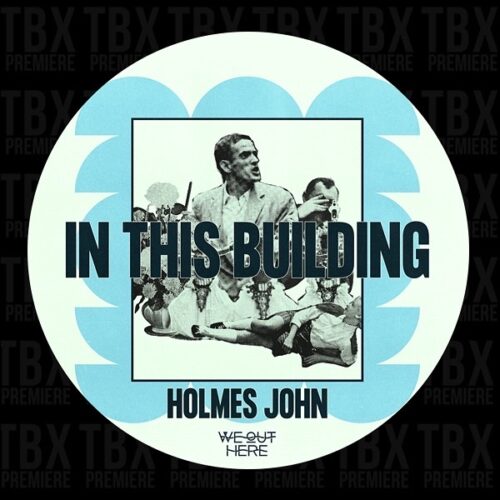 Let’s cut to the chase, Holmes John + We Out Here, We’ve signed our good mate from Melbourne. Introducing WOH003.

‘In This Building’ is a groovy number that has elements of tech and house but will work on any dancefloor with a catchy vocal throughout that’s starving for club play. Just listen to the bassline and you’re instantly hooked, it’s not a slammer, it’s more refined and will keep your head bopping from start to finish.

Holmes John has had huge success with a lot of his music and regularly does damage on the ARIA charts here in Aus. His collaboration with Jacky (UK) ‘Mumma’ was a hero track for Holmes as well known FISHER was slamming it in every DJ set around the globe, which saw it reach inside the top ten in the tech-house charts on Beatport. He has remixed heavy hitters such as Superlover, Dom Dolla, and even worked with Berlin’s Santé on an EP released on AVOTRE.

We’re stoked to have Holmes John join the label, with the Melbourian making the move to sunny QLD soon and taking a new direction with his production. We’re keen to team up again and showcase a more mature Holmes John sound.

‘In This Building’ Out November 27th on We Out Here.