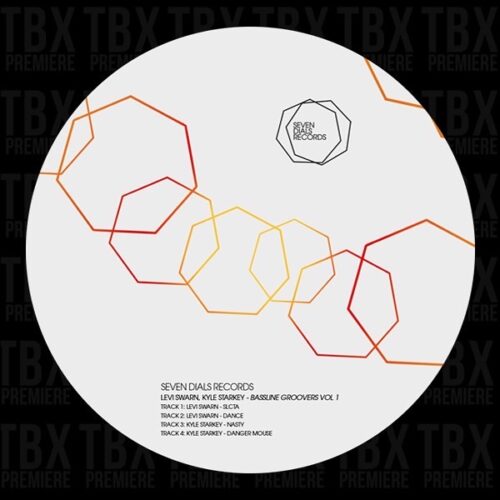 The two relative newcomers, Levi Swarn and Kyle Starkey, make their debut on Seven Dials with two tracks each, as part of our Bassline Groovers Vol. 1 release, with the UK artists having between them previously released on Innocent Music, Electric Party People, LuvRhythm Records and System Records.

Heavy on the groove, this EP starts off with a bang in the shape of Levi Swarm’s ‘SLCTA’. A deep and stripped back house track with garage overtones which stem from the reese bassline and vocal cuts. It’s a powerful identity is a great way to start this EP. Next up is Levi’s ‘Dance’ which is a real swingy groover. Full of intricate fills and vocal snips, they glitch and mangle their way over a funk infused bassline to keep the dancefloor keen as a bean.

Following on we reach Kyle Starkey who continues on the heavy bassline groove with his beat and bass heavy ‘Danger Mouse’. Speeding along like a freight train, this track is packed to the brim with nasty vibes, catchy vocal cuts and as per usual with Seven Dials, a stomper of a groove. Last but certainly not least Kyle brings us ‘Nasty’, and it certainly lives up to its name. The huge synth line catches your attention almost immediately and once the bassline kicks in it’s all over folks. This is a great EP of 4 tracks from fast up & coming artists and something and Seb Zito and Seven Dials Records are really happy to showcase the UKs future talent.