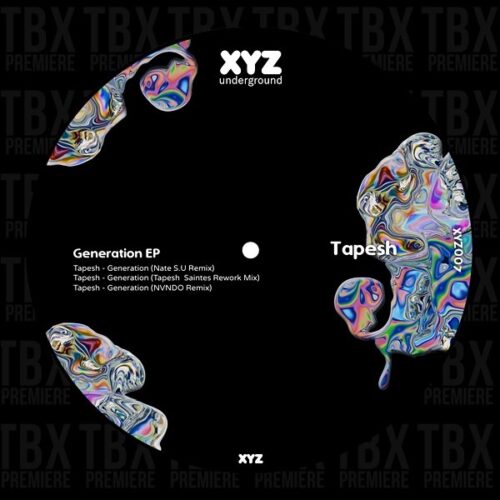 Tapesh Celebrates the revival of his iconic “Generation” EP.
Düsseldorf-based DJ and producer Tapesh released in 2012 a real banger record. At the time, the record was released on the label of the legendary Warung Beach Club in Brazil and contained remixes by @demarzomusic and none other than @hotsince82 , to whom “Generation” owes its international breakthrough.
On the occasion of the tenth anniversary of this great piece of house music, Tapesh revives the EP on his own imprint XYZ Underground.
On the latter now also appears the eagerly awaited revival of the “Generation”-EP, which is not only a rework of Tapesh and his congenial partner @saintes_ar, but also two lively new interpretations by the Australian @nate.su and the Düsseldorf-based local matador @nvndo.official
The 2022 version of the “Generation” EP is out now so grab it and play it loud!