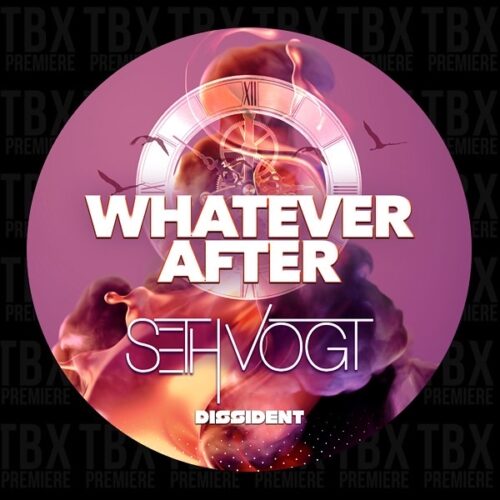 Talk about a dance music pedigree. Seth Vogt has been producing world-class dance music for over two decades, all along remaining committed to his detailed, melodic signature sound, while still continuously evolving through changing trends and shifting genres. In short order: he moved to Orlando, FL to study recording in the late 90s, worked for some well-known studios, and was mentored by the late Bill Hamel. From there, it’s been strength to strength. His enviable CV includes projects with both mainstream and underground artists, boasting names such as Rihanna, 69 Boyz, Korn, Quivver, and PROFF, for labels like Def Jam, Atlantic, Bonzai, Black Hole, Jive, Sirup and tons more… including, of course, DISSIDENT MUSIC. And we’re really excited to bring you his debut artist album, “Whatever After.”

OF NOTE: At the time of this writing, Seth’s current release on Forensic Recordings (with The Stupid Experts and Oliver Harper) has lodged itself in the #2 slot on Beatport’s progressive house releases chart, while his remix of Noel Sanger’s A.F.F.T.E.R. has joined it in the progressive top ten as well. With TWO top ten releases at once, to say this is a musically special time for Seth would be an understatement!

“Whatever After” is a culmination of Seth’s musical journey to date- an audio compendium of career-defining and genre-defying pieces of audible art. His vocal talents are also on full display here; “Whatever After” includes several collaborations and vocal performances from Seth.

Starting strong with his featured vocal on the progressive indie-electro anthem “Never Turn Back” (with Alex Lorensso) the listener is drawn into a world that promises something extraordinary. And it delivers! From the growling bass-driven melodic breakbeat of “After The Turn,” progressing through the emotive vocals of “Undertow” (a collaboration with Magnetic Ghost), with various twists and turns and high-profile collaborations (including Enviado Vida,