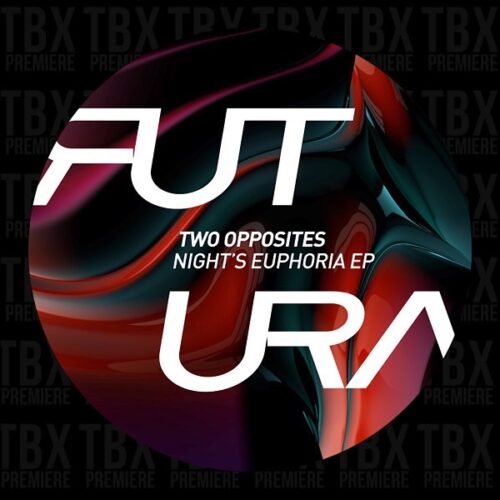 Next up on Leon’s FUTURA imprint welcomes Two Opposites to the label, with an alluring deep minimal tech 3 trackers titled ‘ Nights Euphoria EP’.

Two Opposites are an Italian duo, and they are also the founders of Planet Tapes Records, and have also released on cutting edge underground vinyl labels like ANTAM, Parang Recordings, whilst also releasing on Ebb&Flow and Yes I Am digital labels. Their sound is stripped back analogue with a large influence of minimal, blended with a touch of acid. For their first release on FUTURA, the duo have created a 3 tracker of class and style.

The lead track is ‘Night Acidity’ which begins with a stepping bassline and gets you locked into a groove right from the word go. The beautiful atmospheric pads in the background give the track depth, and a thoughtful demeanour, before the acid lead comes in to give this track its identity; this is a lush track that also has a great feel for the original house sound of the 90s to it.

‘Virtual Love’ has a leftfield touch to it, with playful sounding computer game esq synths, and tripped out atmospherics this is a track that stands out from the choice of the synth sounds, and for sure is one for the headz.

Last but not least is ‘Metrolized’ which is aimed squarely for the floor, with solid punchy beats combining with elegant chords and bassline, before dropping another acid lead to give its that identity and melody this has a fresh feel for summer and keep the sound of the EP firmly in the underground. This is yet another solid outing for Leon’s burgeoning FUTURA, with Two Opposites delivering classy underground cuts for those that have a discerning ear.