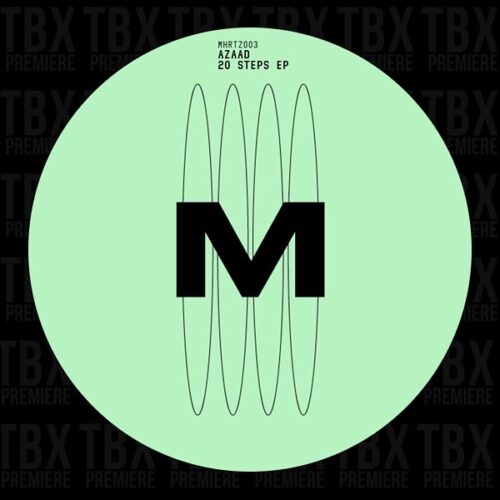 Archie Hamilton welcomes London based producer Azaad to MicroHertz crew who drops his debut EP ’20 Steps’ on the label.

Azaad is fairly new to the game in terms of releasing material, but his craft has already caught the attention of MicroHertz boss Archie Hamilton. He’s previously released on Signatune, PURISM Wave, and Zingiber Audio, with his releases receiving support from artists like Fabe, Fleur Shore, and Hamilton himself. For his first release on MicroHertz, Azaad delivers a 2 track EP full of flavour that will have you steppin´ across the dance floor in no time at all.

´20 Steps` oozes cool with a big bumpy bassline and a garage tinge. Old school hip hop vocal cuts and a rave organ stab keep the funk and the fun going throughout the track ensuring this has the necessary energy to rock any floor.