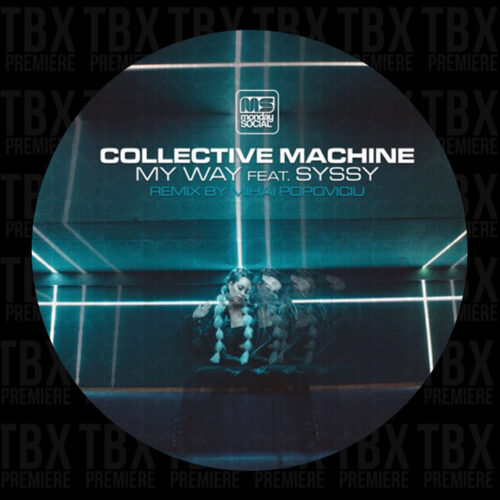 Collective Machine makes his Monday Social Music debut with the first single from his forthcoming artist album ‘Epoch’. Hailing from Budapest, Mario Domjan aka Collective Machine is one of Hungary’s most highly regarded electronic music producers. With a sound that sits comfortably in the creative space between house and tech house, Mario’s creations rely heavily on rhythm and groove, while always incorporating a timeless musical flex. Now approaching three decades as a professional producer, the Hungarian artist has found a home on some of the underground’s most highly acclaimed labels, such as 8Bit, Bedrock, Knee Deep In Sound, and Stereo Productions, while also earning the praise of tastemaker DJs Carl Cox, John Digweed, Hot Since 82, Marco Carola and Steve Lawler. Setting the course for his impending artist album, Collective Machine now debuts on Monday Social Music with the first single ‘My Way’, alongside a remix from Mihai Popoviciu.

On ‘My Way’ it is Collective Machine’s masterstroke to collaborate and introduce the vocals of Syssy. From its wavy, shapeshifting groove comes flickering percussive arrangements, liquid-like rhythms and misty harmonics. Evolving with power and class, Sissy’s chops resonate with a smokey, hypnotic drawl; adding space and depth as the journey reaches its main break. A primary theme emerges across the centrepiece, flowing through a colourful fuzz of modulation, before eventually giving way to the funk-fuelled, acid laced groove for a hip-swinging finale.