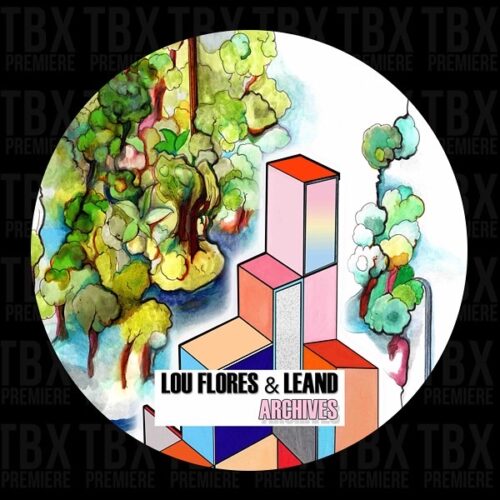 Lou Flores’ music career began in Venezuela, from a young age his passion for all kinds of music drove him to listen to everything from folkloric songs to electronic beats.Changing the songs from vinyl to vinyl at most of his high school parties at 17 years old he had his radio debut in Ohio. After attending Apostoles del house DJ School, Flores decided to come to Miami to attend Full Sail University to pursue a Bachelors Degree in Audio Engineering and began to perform quickly becoming a rising star and one of Miami’s most popular DJ’s.For the last 15 years Lou has performed at Miami’s best clubs including Club Space Miami, Treehouse Miami, Trade, Electric Pickle and Beta Beatport Club in Colorado, also enjoyed a residency at world renowned Space Miami.Flores has also performed at festivals and parties in more than 25 countries in the world. Currently Lou holds a residency with Underground Collective of Events UN_MUTE, a weekly residence at Treehouse Miami and holds monthly the Cast Away Island Party and On Deck Yacht Party.Lou created a concept of “WRATS” We Are All The Same a monthly party that takes over a venue every month with hundreds of fans who have made it out to the event.Flores is also the musical director of PARTAI, a underground fest based in Venezuela with parties in Panama , Dominican Republic, Aruba. and in the US.Last Year 2016 his Europe Tour was a Bomb, performing in parties like RUMORS Ibiza of Guy’s Gerber and It’s All about the Music the Radio show of Marco Carola’s MUSIC ON, Vatos Locos of Hector vs. Imsonia Rec Party in Paris, Wilder Renate in Berlin, Macarena Club in Barcelona, Bla Bla Music & Friends in Amsterdam along another Cities! Look Out for Lou in 2017, this year will be promising for this Artist.

Leand’s style speaks for itself: seeing him at the Dj booth is an invitation to get carried away by the beats he offers to his audience. Thus, they respond with constant hours of dancing. He knows how to perfectly qualify all aspects of Minimal and House in a systematic way.
Leand went from being the young promise of electronic music to becoming one of the most representative figures from Caracas and the National electronic scene.

The possibilities of Artistic breadth have flowed alone to this committed artist, who has always had the responsibility of offering musical variety to his fans in each of his sets, which has given him the possibility of sharing the stage with international figures such as Yaya, Loco Dice, Cuartero, Mantana, Jesse Calosso, Jean Pierre, Nicole Moudaber and Dj Boris.

Thanks to his curiosity and his desire to learn more, he wanted to get involved in the New York Underground scene and thus he experienced two summers in New York, further affirming his tastes and his musical line. That gave him the privilege to play in the most emblematic clubs of the city such as Output and TBA.

About the Label:
CDP REC is a label created by Crâne de Poule in 2020 established in Paris. She illustrates with pleasure each release by hand to invite to a special universe where the lines oscillate with the music.The label is moving towards raw, deep sounds, with groove and musicality. It finds its origins and influences in Detroit techno, Chicago house, French Touch, Minimal House, Jazz Music, and Classical Music.