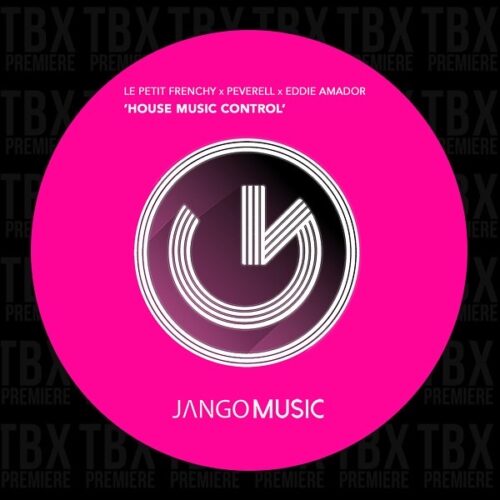 French based and owner of Jango Records, Le Petit Frenchy works as a producer since 2006, and he already released his tracks on high-noted labels like under different nickname : Subiminal Records, Hotfingers, PornoStar or InStereo. All above he performed in France’s top clubs as a DJ, he played on the legendary Eden Ibiza and Warehouse as well.
In the past times he turned on the rockets and his tracks are delivering more and more top chart positions, so we can say he is one of the best House artists nowadays.

Le Petit Frenchy now checks in with a kinda new project, what was named ‘House Music Control’ in collaboration with his friends Peverell from UK frequently played on BCC Radio 1 and also the legend Eddie Amador on the vocal.

His characteristic underground and musicality can be found in this project, and they produced a really individual and trendy soundworld too. Dynamic and tight beats, energetic bass and a little of Soul are all followed by an outstanding vocal.
We are totally sure, that you will love this new track, and we will spot it on the top charts soon.