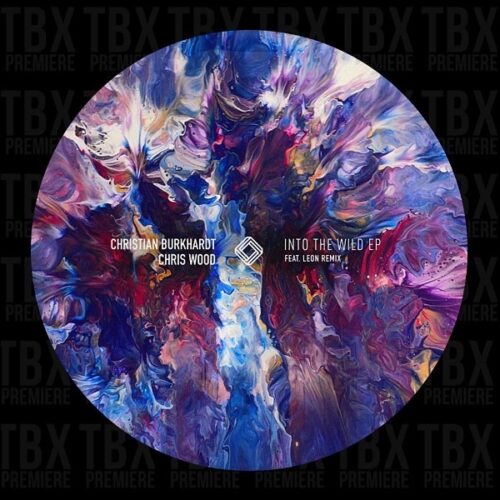 The next release on Frame Music comes in hot from Frankfurt, Germany, as Christian Burkhardt and & Chris Wood join forces on two original cuts – supplemented by a remix from Futura label boss Leon.

Christian Burkhardt is an artist truly absorbed with the range of sonic possibilities. A producer not content with existing within the realms of House and Techno, but one that is determined to further-stretch their limits with his signature sound. Joining him on ‘Into The Wild’, fellow Frankfurter Chris Wood has been prolific since 2004 with releases on some of electronic dance music’s most renowned imprints. Adding his splash of standout character on the release, Futura label frontman Leon delivers a hearty remix to complete an impressive trifecta of underground delights.

Opening with the title track, ‘Into The Wild’ is a gritty and minimal record with analogue roughness throughout and a fine celestial film coating. Progressing through the gears via driving drum work and layers of crisp, rattling percussive elements, its undeniably hypnotic aura continues to swirl from end to end with a flurry of different melodic components.

‘Going To Get High’ comes next, bringing more hardware-laden prowess to your ears. Rolling rhythm and modular sequences melt together, dissected by layers of subtly rising melody and vocal ad-libs. Another progressive and underground dancefloor-geared record with the duo’s signature minimalist stamp featuring prominently throughout.

Completing the release, Italian Tech House stalwart Leon fires in a boisterous and emphatic remix of ‘Going To Get High’. Focusing around potent cadence and a hooking bassline, it brings a distinctly delectable underground aura – inviting you to jump in and glide along to a persuasive ensemble of synth shots and rumbling sub-bass notes.