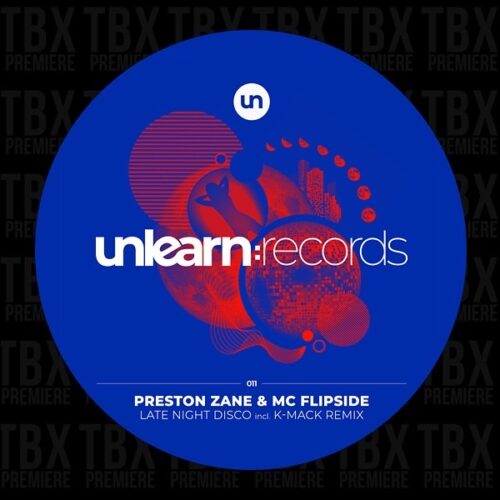 For our next release Unlearn:Records welcome back the legendary MC Flipside. This time he’s hooked up with fellow Canadian Preston Zane on Late Night Disco, a searing tech house cut with drive & groove that perfectly feeds the energy of afterhours rooms with loose, loopy synths–punctuated by Flipside’s gritty vocals. On the remix in an artist who boasts an impressive resume, K-Mack, who has released a flurry of tracks on A-list labels. Employing his signature bouncing house sound that’s found him consistently supported by the world’s biggest DJs, his take turns the original into a bona fide club stomper!