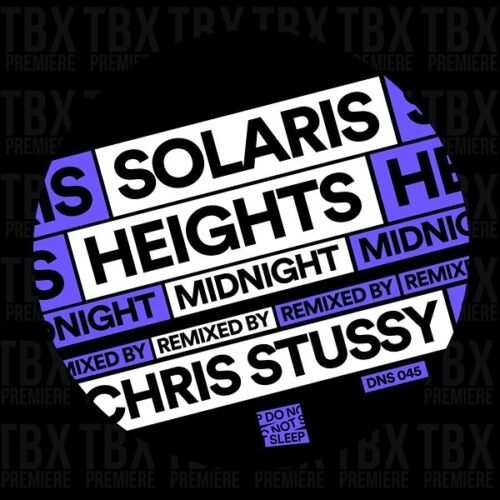 Do Not Sleep bring back one of its favourite classics tracks, Solaris Heights – Midnight, delivering a fresh remix by the highly regard Dutch DJ Producer, Chris Stussy.

Midnight was originally release back in 2002 on the seminal label Airtight, which was a sub label of Hooj Choons. It’s long been a favourite track at the Do Not Sleep parties, and so they’ve seized the opportunity to license and remix a stunning new version of the track by one of the brands favourite DJs and producers, Chris Stussy.

Chris Stussy released his first track back in 2014 and since then has been on fast rising trajectory through the ranks of the underground scene, spending the last 2 years as Beatport’s best selling Deep House artist and has clocked up nearly 10 million streams in the process.

For his remix Stussy, lays down a sublime deep house rework of Midnight using his trademark deep and minimal esq beats and percussion, adding a fresh bassline and groove, some great atmospherics and synth chords, which all combine perfectly with the original vocal to bring a delightful new timeless remix of this house classic for a new generation.