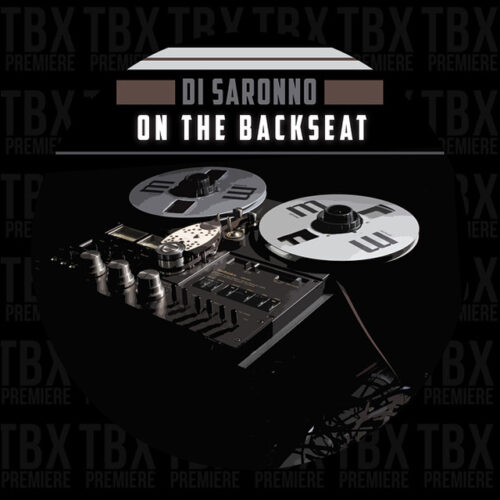 PREMIERE: Di Saronno debuts on Kenny Dopeʼs DOPEWAX with a special jackinʼ touch called “On The Backseat”.
TBX is delighted to bring you the first chance to hear the latest offering handpicked from Kenny Dope’s long-running Dopewax label.
Known for being one half of Masters At Work, Kenny “Dope” Gonzalez is synonymous with quality house music and even his love for hip hop beats. Alongside being a DJ and producer, together with his wife Tracy also holds the title of record label owner Kay-Dee Records, the former originally focused on Kennyʼs own raw, beat records and evolved to hosting more vocal fare, and the latter being a landing pad for re-recording and releasing of rare and classic music.
On The Backseat by Italian maestro Frank “Di Saronno” Ferraro confirms his talent to develop a special jackin’ house sound infused with touches of funk and soul.
Californian born, now based in Italy has been making music for more than 15 years, with various monikers, spacing from underground tech house to hard progressive techno.
It might surprise you to learn that, itʼs him behind the mysterious alias of “Di Saronno” – whose previous releases have appeared on prestigious NYC labels such as: Nervous Records, Glasgow Underground, Henry Street, King Street Sounds, Peppermint Jam and many others.
Nominated last year on the Top#100 Traxsource Ones To Watch Artists, he also boasts official remixes for artists of international caliber such as:
Basement Jaxx, Todd Terry, Dennis Ferrer, Ultra Natè, Ron Carroll, Romanthony, Mood II Swing, DJ Pierre, Roland Clark, Blaze, Victor Simonelli, Men I Trust and more…
As you’ll hear below, On The Backseat is a slice of rough, raw, dancefloor- struttin’ house music that’s more than a little reminiscent of the early 70ʼs output of Brooklyn vibes. As a tool it is extremely functional and carries a playful, free-flowing style all the way through.

Available via Traxsource Promo “On The Backseat” is available Worldwide from 28th May 2021.
https://www.traxsource.com/track/8666245/on-the-backseat-original-mix