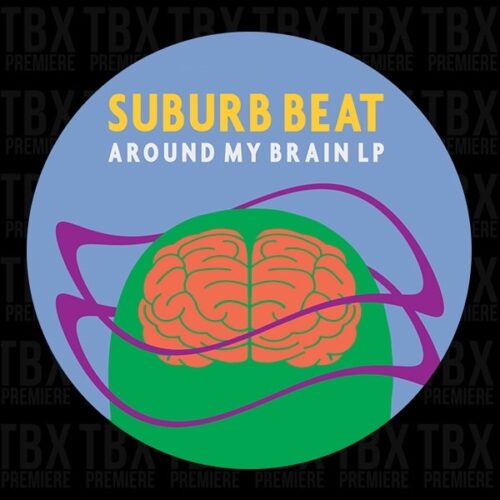 t’s about time… After years of delivering high grade beats to labels such as Robsoul, Ondulé and Sure Cuts, Bordeaux beatmaker Suburb Beat gets busy with his debut LP: ‘Around My Brain’.
Landing later this month on Phil Weeks longstanding platform, ‘Around My Brain’ isn’t just a showcase of Suburb Beat’s production prowess, it’s a love letter to house music in its most pure form. A straight-up collection of eight fully-juiced grooves; the album hits all the right spots as we’re given a guided tour around Suburb Beat’s deepest, innermost musical psyche.

Highlights include the sink-fixing, butt-shaking acid funk of ‘Legacy’, the warm, never-ending groove and trippy squiggles of the title track, the crisp drums, bubbling bassline and powerful rising chords of the finale ‘Funky Time’ and the mischievous glitch n’ shuffle sweetness of ‘What U Want’ where a grand familiar vocal sample hits hunger and nostalgia levels.

And that’s just the half of it. A decade deep into his professional game (and many years studying the craft prior to that), Suburb Beat is levelling up in a major way here and his timing couldn’t be better.