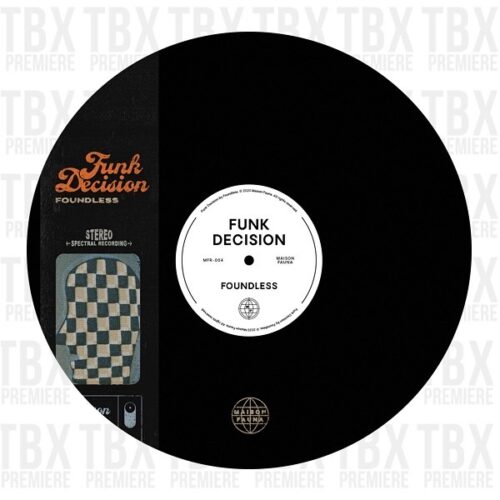 Foundless “Funk Decision” Single Out January 29nd, 2021
Durham, NC–Maison Fauna is excited to announce Foundless’ upcoming single, “Funk Decision,” releasing January 29, 2021.
Following the success of his single “Bear Shark” and his remix of Gosteffect’s “Move You” (Sex Cult), Foundless is back with funky house jam “Funk Decision.” In this ode to disco and the old school, Foundless creates a groovy yet hard-hitting single that’s suited for dancefloors and car rides. Through his unique style of vocal editing and use of vibrating synths and crunchy snares, Foundless has managed to distinguish himself from other House producers with a truly distinct and recognizable sound. “Funk Decision” proves this, through feeling simultaneously like a reimagined take on the 1970s and an organically current, relevant hit that invokes images of modern dance music’s foundations.