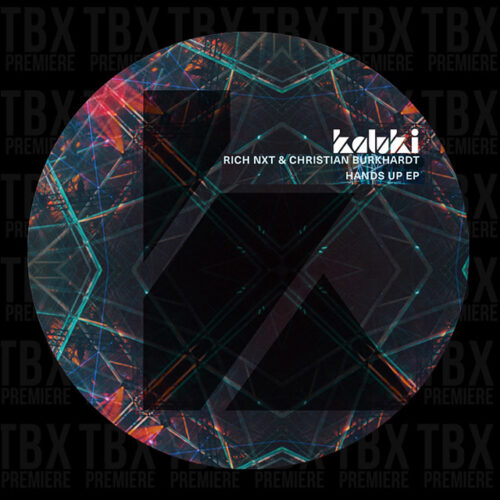 Next up on Pirate Copy’s Kaluki Musik, we welcome one of FUSE’s original residents and a core FUSE artist, Rich NxT who teams up with German DJ and producer, Christian Burkhardt, for their debut release on the label; the ‘Hands Up’ EP.

With releases between them on some of the industry’s most respected labels including Snatch!, Infuse, Moan, AVOTRE, Hottrax, Circus and of course Fuse London, where Rich NxT has just recently released his debut album; a culmination of 20 years production work, taking influence from his varied involvement in music as a DJ, raver, drummer and pirate radio devotee.