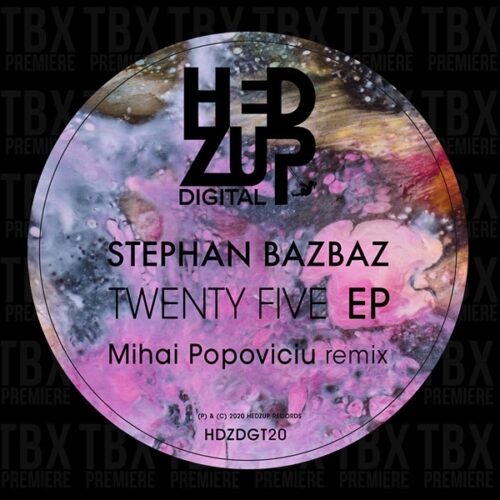 It’s release number 20 with a pumping new EP from Stephan Bazbaz with a remix from Mihai Popiviciu.

Twenty Five opens up with a crisp set of snares riding over a bumping groove. It’s cosmic, spaced out house music for the late night hours and oozes class. Damage is another heady cut with slick drum programming and sci-fi sound effects detailing the most kinetic of house grooves. The tasteful European house vibes continue on final original Dreams Are, which is a tripped out kicker with wild synth lines riding up and down and metallic drums marching forwards.
Last of all Popiviciu brings his urgent sense of tech funk minimalism to a fine remix of Twenty Five.