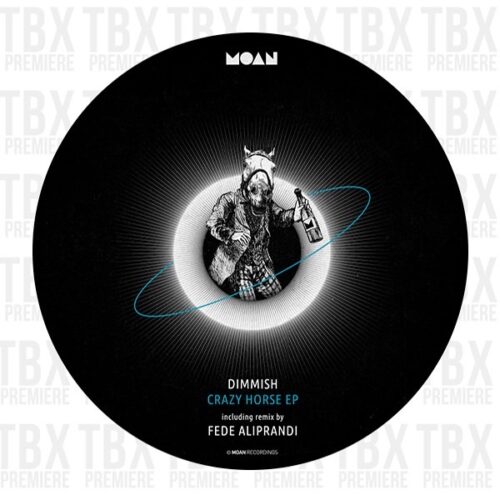 Check out Premiere for Dimmish – Crazy Horse is out on Moan Recordings.

Dimmish, Italian dj and producer, is one of the most appreciated artist of Underground Minimal and Tech House panorama thanks to his innovative style and unique grooves.
His tracks released on labels such as Solid Grooves and Avotre have found support from the likes of many big artists who constantly support them in their dj set, amont those are Marco Carola, Enzo Siragusa, Michael Bibi, Joris Voorn, Martinez Brothers, Oxia, Paco Osuna, Loco Dice, Jamie Jones and many others.
Since the end of 2018, Dimmish has been constantly into Beatport top100, reaching to include 5 tracks in the first 10 and becoming the most selled minimal artist. Lucy Liu and Brain Tornado topped the chart attracting the attention of many Labels and PRs. In the first half of 2019 he played in Canada, United States, Italy, Finland, Ucraine, Moldova, Mexico, United Kingdom, Germany, Netherlands, Austria, Switzerland, Spain and achieving the goal of his first South America Tour during the winter.
Summer 2019 was a milestone for his career with the release of the new Lunar EP and his debut with Solid Grooves, headed by Michael Bibi and Pawsa.